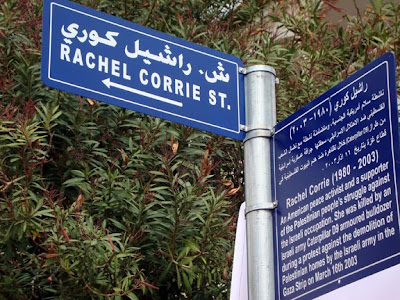 According to ISM Palestine, "The Ramallah municipality dedicated a street to Rachel Corrie on 16 March 2010.". 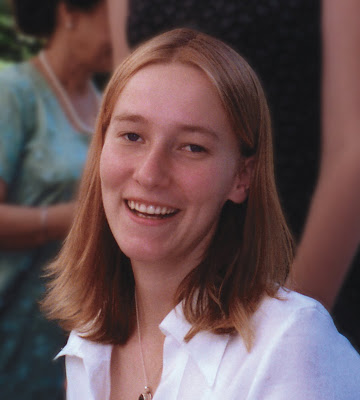 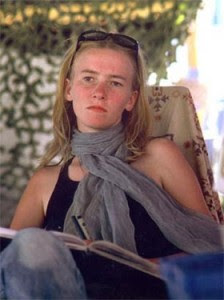 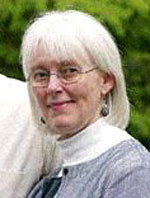 Cindy Corrie
I received the letter below in my inbox from Jewish Voice for Peace and the mother of Rachel Corrie, a former native of Seattle who was runover by a bulldozer, and killed, as it attempted to demolish a Palestinian house. Also, I think it is worth remembering Tom Hurdnall who was actually shot dead by Israeli soldiers as he rescued two Palestinian children who were in the line of their fire (warning shots or something - the soldiers are notorious for firing their rifles for little or no reason). He also died at age 23. Brave people. The big difference in Hurdnall's case, was that, as the website dedicated to him says, ". . .[justice was achieved for]Tom through the unprecedented conviction of [an Israeli] soldier for killing a civilian." 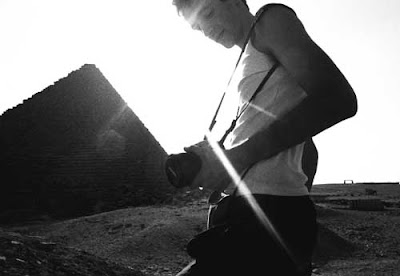 Tom Hurdnall
The letter is as below. The governments of the States and the U.K. it seems have not followed up much on the murders of their citizens. Though there are some interesting questions from Joe Biden here, and this newspaper article in the Israeli newspaper, Ha'aretz, entitled: Corrie’s sister to Haaretz: U.S. encouraged family to sue Israel. In the States a play was made of Rachel Corrie's emails, which are in my sidebar. There were, of course, many protests about the play. The letters are very eloquent, worth reading. Cindy Corrie's letter is as follows:

This month, a civil lawsuit in Israel in the case of our daughter Rachel Corrie will converge with the seven-year anniversary of her killing in Gaza. A human rights observer and activist, Rachel, 23, was crushed to death by an Israel Defense Force (IDF) Caterpillar D9R bulldozer as she tried nonviolently to offer protection for a Palestinian family whose home was threatened with demolition. This lawsuit is one piece of our family's seven-year effort to pursue accountability for Rachel while, also, challenging the Occupation that claimed her life.

On this day, when Rachel's presence is powerful for many of us, we're asking all of our friends to support Rachel's vision of freedom for Palestinians living in the Gaza Strip by participating in what we are calling the International Day of Conscience. Please join her struggle by calling the White House today - this link has all the information you need.

Seven years later, Rachel's memory is still vibrant. I'm writing to you from Israel where we are plaintiffs in a civil case against the state of Israel for its responsibility in her death. In addition to seeking accountability through the Israeli court system, we're asking all of our friends to support Rachel's vision of freedom for Palestinians living in the Gaza Strip by participating in a national call-in day to the White House.

I hope I can count on you to:

Call the White House at 202-456-1111
Urge Special Envoy for Middle East Peace George Mitchell to visit Gaza and demand that the United States break the blockade of Gaza by providing immediate humanitarian aid and building materials.
Tell us about your call. Tracking your calls makes a difference.


You can also make the call tomorrow. Please forward this email to help spread the word.

In other news, Mamdouh Habib, an Australian resident who was imprisoned in Guantanamo for five years, but never charged,has been granted permission to sue the Australian government, and also won a defamation case against the Daily Telegraph. Habib claims the Australian government were complicit with his arrest and consequential torture. I saw Habib speak in Perth in 2008 and I am glad that he has pushed to speak despite the government trying to silence him. His wife, dressed in the open faced abaya, also spoke and was possibly the more articulate of the two, but both were determined that justice be done. If that link above times-out, please leave me a comment. I have printed the article, and can provide the text.

David Hicks has been too scared to be sent back to Guantanamo, or imprisonment, I guess, and has complied with the order from the U.S. and the Australian government that he not talk about his experience in the prison, even though I think he is now free to. His American military attorney, Lieutenant colonel Michael Mori, is a great man, I feel, and did far more for David Hicks than any Australian government representative ever did.

On November 10, 2006 Mori attended the signing of the Fremantle Declaration by the attorneys-general of the states and territories of Australia. Federal Attorney General Philip Ruddock refused to attend. The declaration urges judicial fairness be applied in Hicks' case to protect the legal rights of Australians at home and abroad. Mori said "It's disheartening that federal ministers won't fight for an Australian citizen to have the same rights as an American."[5] (my emphasis).

Let's hope that Habib's attempts continue to come to something so that there might be some transparency and some accountability for the main players, in Australia, at least, during the Bush and Howard years where torture was promoted as a governmental right and a justified practice.
Posted by lizardrinking at Tuesday, March 16, 2010